Berenice Panchrysos is an ancient urban settlement in the North-West desert of Sudan, just below the 22nd parallel, here there were the Wadi Allaqi ancient Pharaohs gold mines

The ruins of the town were discovered in 1989 by an Italian expedition with the Castiglioni Brothers, Luigi Balbo, Giancarlo Negro e Manlio Sozzani, using an Arabic map or the IX century which showed the location of the gold mines.

It was a large settlement with many buildings which covered an area of about one and a half km on both banks of the wadi Allaqi. The newest buildings were made with flat stones while the older ones were of granite blocks, roughly squared. Near the wide bend of the wadi, which runs east to turn north, there were two majestic forts. The city could have had a population of about 10.000 people and its name has been often changed by its inhabitants, now the nomads of this area call it “Deraheib”, which means “buildings”. Historical sources, including Pliny “the Elder”, tell us that the Ancient Egyptians were getting the majority of their gold needed for their rich civilizations from Wawat, an unidentified area in the Mountains of the Sudanese Nubian desert between the red Sea and the Nile. Moreover, the word “Nubia” that has always identified the area of the southern Egypt and northern Sudan, in the old Egyptian language means “Gold”. The historians of the pharaoh Thutmosi III, of the XVIII dynasty of the New Reign confirmed that in those times 1400 b.C. from the gold mines of Wawat were extracted up to 776 kg of the precious metal each year. Berenice Panchrysos, the golden city of the Ptolemaic Dynasty, was the subject of many stories for a very long time, up to the point that it became nearly a mythological town. A legend talked about some little “Spirits” who were the custodians of the town and as they were jealous of it, they would make it disappear to the eyes of who would want to see it.

The feeling experienced when we found ourselves in a place that very few white people visited, but so famous and difficult to reach, is absolutely amazing. It is very interesting to brows around the remains of the buildings; some of those seem abandoned in the last few years some other by many centuries. 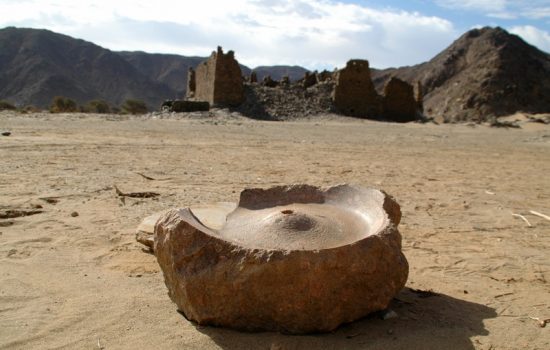 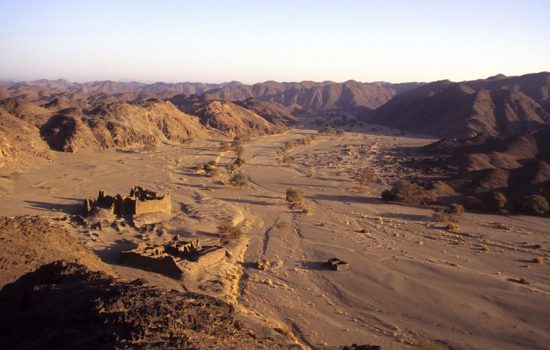