The Twenty-fifth Dynasty of Egypt, also known as the Nubian Dynasty, the Kushite Empire and the Black Pharaohs, was the last dynasty of the Third Intermediate Period of Egypt that occurred after the Nubian invasion. The 25th dynasty was a line of pharaohs who originated in the Kingdom of Kush, located in present-day northern Sudan and Upper Egypt. They reigned in part or all of Ancient Egypt from 747–656 BC. The 25th Dynasty’s reunification of Lower Egypt, Upper Egypt, and Kush created the largest Egyptian empire since the New Kingdom. They assimilated into society by reaffirming Ancient Egyptian religious traditions, temples, and artistic forms, while introducing some unique aspects of Kushite culture. It was during the 25th dynasty that the Nile valley saw the first widespread construction of pyramids (many in what is now Sudan) since the Middle Kingdom.

The main centre of the Kushite Kingdom was in Napata and the big Temple of Amon at the base of the holy mountains Jebel Barkal was the centre of the worshipping of the god. Landmark in the Nubian Desert, Jebel Barkal (“Jebel” means mountain in Arabic) can be seen from a few dozens of kilometres whilst still in the open desert. At the foot of this wonderful isolated red sandstone mountain with cliffs and considered holy since the ancient times there is the big temple, dedicated to the Pharaohs of the New Reign and to their patron Amon. The Amon’s ancient “Pure Mountain”, the Olympus of the Nubians, had been the religious Nubian heart for more than 1700 years. Besides the ruins of the big temple there are still several sculptured granite rams that were supposed to border a long avenue that probably led to the pier on the Nile. In the mountain wall there is a big room decorated with bas-relief.

The royal necropolis of the ancient city of Napata, had a large number of pyramids in three different places. One was on the western side of the Jebel Barkal Mountain where we can see ruins of ancient pyramids of unknown royals. Another one is in El Kurru, a dozen of kilometres southwards from the mountain where it is possible to visit one of the two tombs which are excavated in the rock under the pyramids – partially collapsed – and are totally decorated with images of the Pharaoh, of the gods and multicolour hieroglyphic inscriptions. In the Necropolis of El Kurru many pharaohs are buried including Piankhy and his beloved horses. But the probably best known Black Pharaoh is Taharqa (690-664 bC) who took the borders of his empire to the edge of Libya and Palestine. He was the founder of the newest Necropolis of Nuri located on the eastern side of the Nile River.

The Napatean archaeological sites are listed as World Heritage by UNESCO 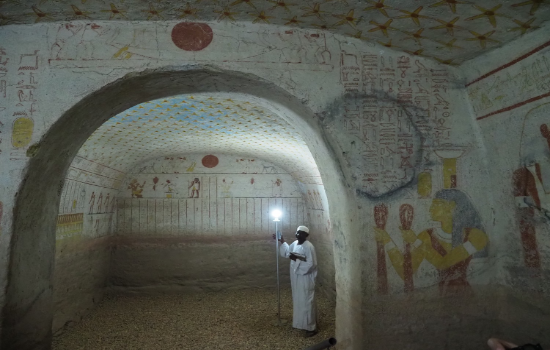 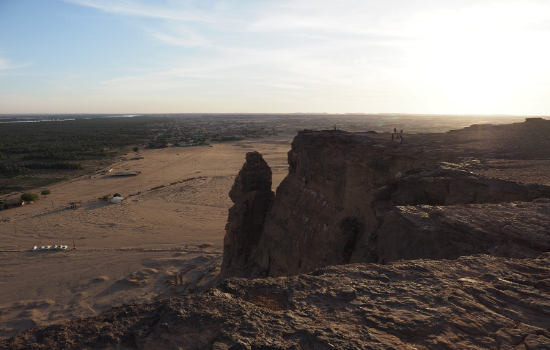 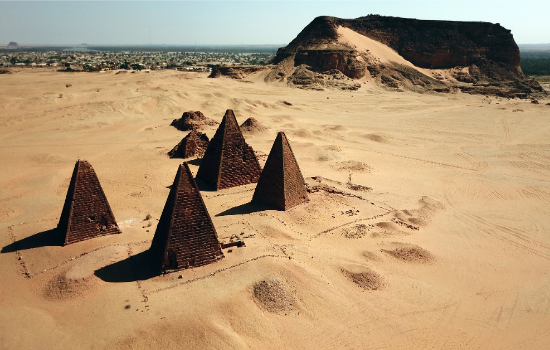 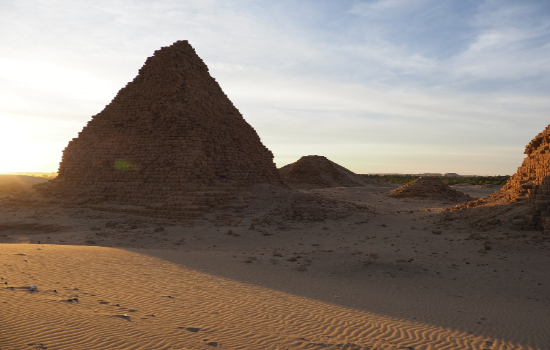 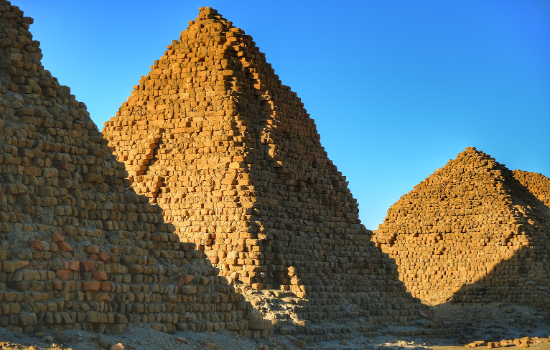