Sudan is the actual name of the ancient Nubia and it comes from the Arabic language: Bilad as-Sudan that means “country of the black people”.

Northern Sudan is considered “another Egypt” as it has always been the crossway between the two Africas: the white Africa that overlooks the Mediterranean, Egyptian at the beginning, later Greek and Roman, and the other Africa, the black one rich in charm of a partly still mysterious continent.

This “mixture” has created a very interesting country, both from a historical-archaeological point of view, but also for those who are interested in desert environments or in real people, still unknown to tourism.

The history of Sudan has always been complex and troubled and still today 46 years after its independence it has not reached a balance yet, with political instability that causes problems in the deep southern and Western regions, anyway far from the areas interested by our tourist activities.

Along the central axis of the Sudan territory, South of Khartoum, runs the Nile, or better still the two rivers called White Nile and Blue Nile. Just north of Khartoum, after the meeting of the two rivers, the Nile is called “El Bahr”, meaning “the sea”, by the local people.

In the Northern regions, the area interested by our trips, the level evenness of the environment is interrupted by the rocky formations of the Nile Cataracts, four of them in Sudanese territory. Right in the middle of these formations there are spectacular villages, inhabited by wonderful people with an exceptional helpfulness and kindness towards the foreigners. The 4th cateract, north of the town of Karima, is now flooded by the large artificial lake formed by the Chinese built, Merowee Dam. 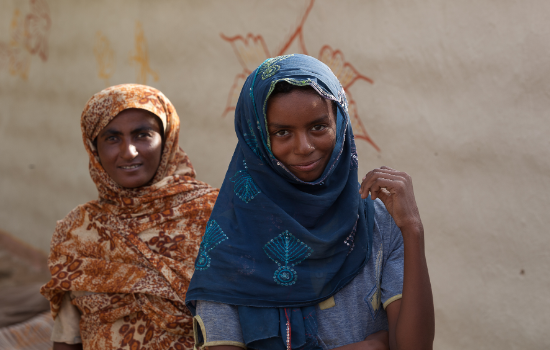